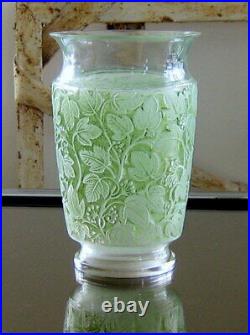 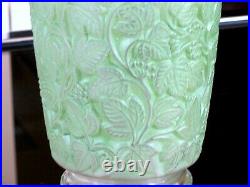 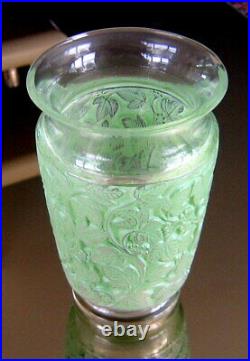 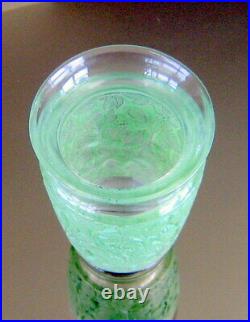 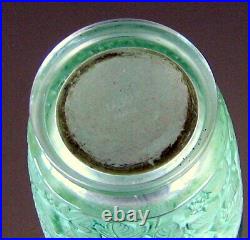 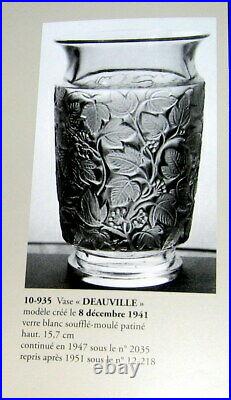 “Deauville” is the very last vase designed and created by René Lalique personally in December 1941 , and it has a story worth telling: Lalique, at the end of that year, was 81 years old and already very sick. He had not designed a vase in over 2 years. He was visited by his friend Robert Fossorier, a wealthy industrialist and mayor of Deauville, the famous resort in Normandy. Deauville at the time had become a nazi garrison town, occupied by the German army with no civilian allowed within a quarter mile from the coast, hardly its former image as the most exclusive French beach. Fossorier commissioned Lalique to create a “Deauville” vase which he would send to the town’s most prized former vacationers and clientèle, just a message that the city would survive and rise again. Lalique liked the idea and set to work on his last vase. The message was well received: Deauville “reopened” in 1947, attended again by many who had received the vase. Fossorier, after WW2, was re-elected mayor until his death in 1962. It is a small vase, just over 6 tall, resting on a foot and sculpted all around with a motif of blooming vine which alternates clear and frosted glass. “Deauville” is repertoried and photographed in the large Marcilhac book, the unofficial “Lalique Bible”, on page 471 of the 2010 French printing under reference” 10-935″ (photo 7). The signature (photo 6) is “LALIQUE FRANCE”, not R LALIQUE… The condition is very good and the vase presents excellently. There is no break or chip. The base appears to be slightly out-centered (photo 5), which may be from origin, possibly too from an earlier repair. In that case, it has been extremely well done. The large Marcilhac book lists 3 vases ulterior to “Deauville”, but they were designed by Marc Lalique (René’s son) and others at the Lalique glassworks. These 3 vases (“Camargue”, “Cancale” and “Saint Emilion”) all have one thing in common, they absolutely do not resemble other vases by René Lalique. The item “Rene Lalique 1941 Deauville Vase, Green Patina with Sculpted Vine. 6 Tall” is in sale since Tuesday, August 3, 2021. This item is in the category “Pottery & Glass\Glass\Art Glass\French\Lalique”. The seller is “hardweejun” and is located in New York, New York. This item can be shipped worldwide.